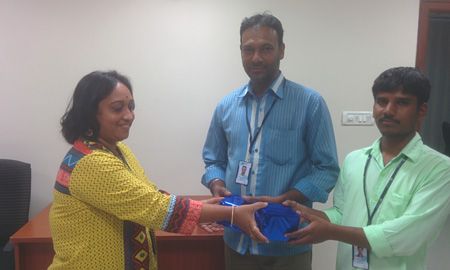 All work and no play, makes Jack a dull boy". Believing that we at Revalsys organize several fun sports events to keep the spirit up and going. As a part of that, a Carrom Competition was conducted on the 1st of October, 2015 to bring out the hidden champions among our employees. Conducted as rounds of Singles and Doubles, the competition went tougher and healthier for every round. Finally after several rounds Mr.Jawaad won the title for singles and the team of Mr.Jawaad and Mr.Suresh bagged the title for doubles.